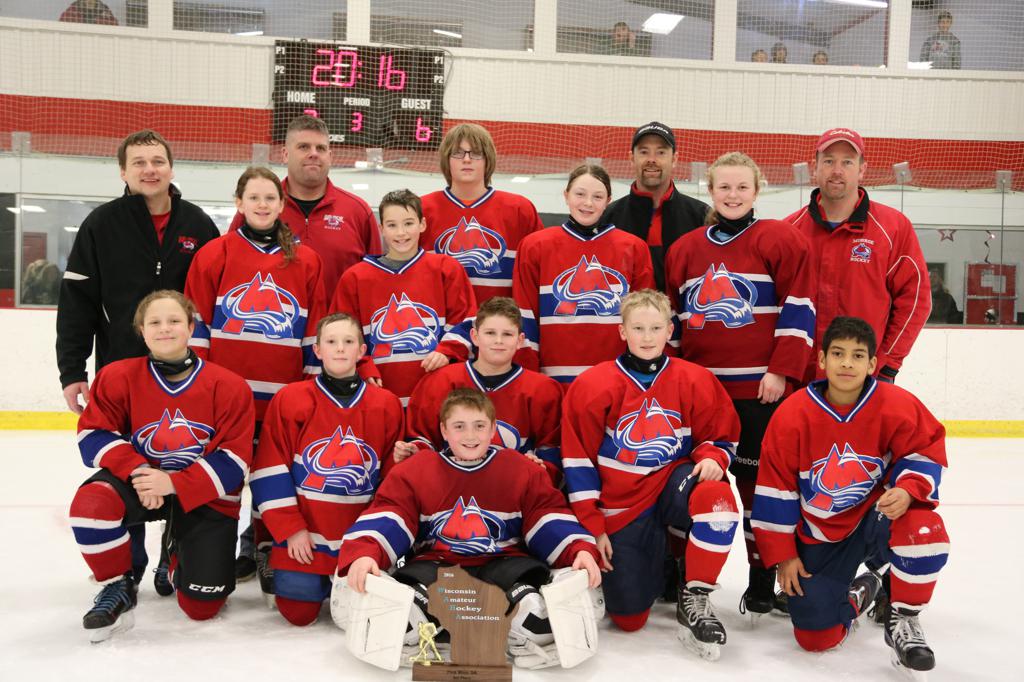 In the next round the Avalanche took on local rival Reedsburg-Wisconsin Dells (RWD). It was a high energy fast-paced game. On a pass from Tessa Janecke, Alyssa Knauf put one in the back of the net. RWD responded with a goal of their own at the end of the first period. The second period was back and forth and ended with no goals from either team as both teams fought hard. With three minutes left of the third period, RWD snuck one in. The Avalanche pulled the goalie at the end of the third, but RWD fired one down ice defeating the Avalanche 3-1. The Avalanche outshot RWD 40-15.

The Avalanche PeeWee A ended their season 23-11-1 and Region 3A champs in addition to third place in the state tournament! Congrats to all players!

PeeWee A Claims Championship in Tourney

PeeWee A Claims Championship
The Avalanche PeeWee A team participated in the Waupun Warrior PeeWee A eight team tourney January 29-31. In the first game the Avalanche faced the Ozaukee Ice Dogs. The Avalanche dominated the entire game shutting out the Ice Dogs 4-0. Four Avalanche players got on the scoreboard: Tessa Janecke, Alvin Buholzer with a drive all the way down the ice, Hayden Roth, and Blaze Janecke. Earning assists were Blaze Janecke and Hayden Roth. Goaltender Jack Leverton earned the shut out and recorded 28 saves.

In their second game, the Avalanche came up against Waupun Warriors. Alyssa Knauf opened the game scoring on a shorthanded goal. Roman Bauer and Hayden Roth scored in the first period. Blaze Janecke, Hayden Roth, and Tessa Janecke earned assists. The Warriors got on the scoreboard in the second period with one goal. With the score 3-1 going into the third, the Avalanche kept momentum as Tessa Janecke lit the lamp two more times. Hayden Roth earned an assist. The Avalanche outshot the Warriors 47-22 and won 5-1 earning the Avalanche a place in the championship game.

The Avalanche faced the Dubuque Jr. Saints in the final game of the tournament. It was a tough battle between the two teams throughout the entire game. The Jr. Saints got on the scoreboard at the end of the first period. Roman Bauer lit the lamp in the beginning of the second period, on an assist from Hayden Roth. Tessa Janecke earned a hat trick in the second period as Blaze Janecke earned a playmaker. The Jr. Saints responded with one goal. With a 4-2 lead going into the third period, the Avalanche continued to play tough as the Jr. Saints turned up the physicality of the game. The Jr. Saints added a goal in the third period. Hayden Roth found the back of the net for the Avalanche. It was battle to end of the game. The Avalanche came away with a 5-3 win clinching the first place title. Goaltender Jack Leverton recorded 36 saves. The Avalanche PeeWee A team brings home a first place trophy. Congratulations! 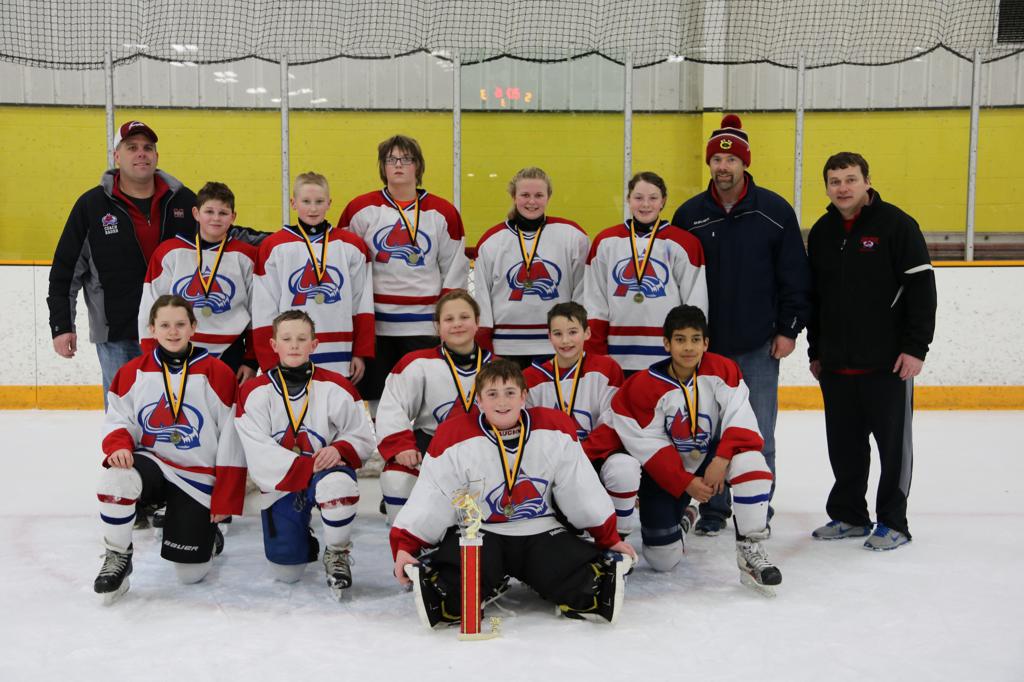