The Avalance hosted the U12 Girls Shootout Tournament January 28-29.  Teams participating include Monroe Avalanche, U12 Janesville-Beloit Jr. Fury, U14 Beaver Dam, and U14 Virocqua Thunder.  The Avalanche earned a third place finish in the tournament, playing on Saturday at 9:00 vs. Jr. Fury, 3:00 vs. Viroqua, and 5:00 vs. Beaver Dam.  Good job Avalanche girls! 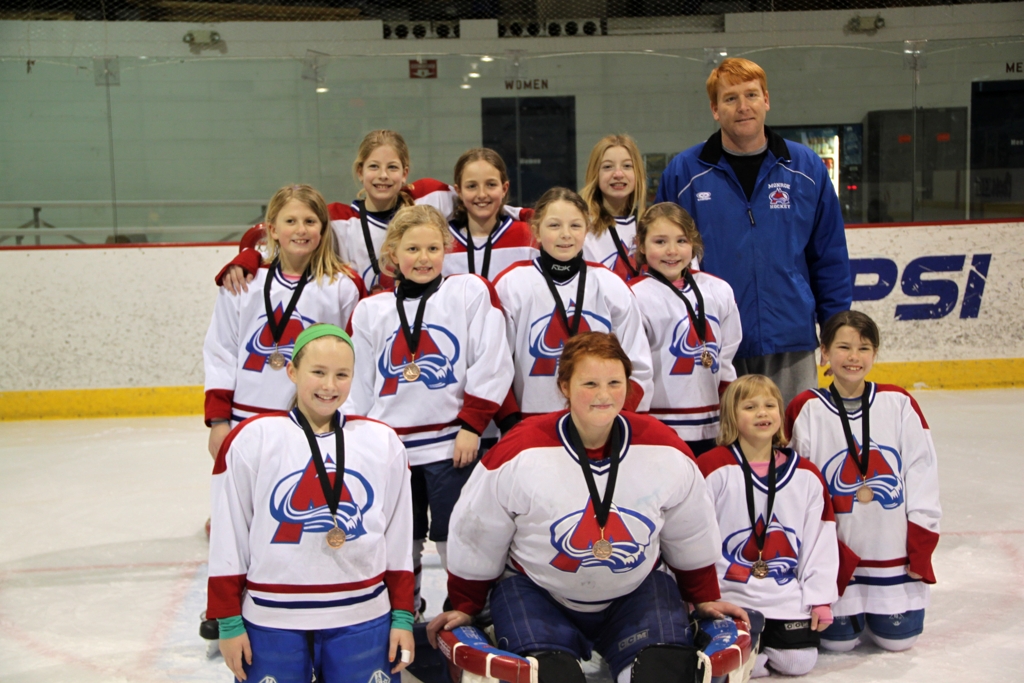 The Avalanche U12 Girls team held the Avalanche Shootout at SLICE January 28-29, 2012.  This was a Round Robin tourney where winners were determined by adding up the game-by-game points. Teams earned two points for a win, zero points for a loss, and one point for each period won.  Teams participating included:  Avalanche U12, Beaver Dam U14, Jr. Fury U12 (Janesville-Beloit), and Viroqua Thunder U14.

The Avalanche earned a third place finish at the Shootout Tournament.  The Jr. Fury took first place and the Thunder took second in the tournament.

In addition to the Shootout tournament, the U12 Avalanche Girls hosted the DC Diamonds U12 on Friday, January 27.  Both teams were evenly matched in this nail biter game.  Tessa Janecke scored two unassisted Avalanche goals in the game.  Final score:  Avalanche 2, DC Diamonds 3.  Goalie Jennie Schmerbach recorded 46 saves.  On Sunday, January 29, the Avalanche U12 Girls took on Beaver Dam U14.  The Avalanche dominated the game winning 4-0.  Tessa Janecke earned a hat trick (three goals in one game) and Anika Einbeck lit the lamp once.  Earning assists were Tessa Janecke, Haley Knauf (who had two), Rebekah Rath, and Alyssa Knauf.